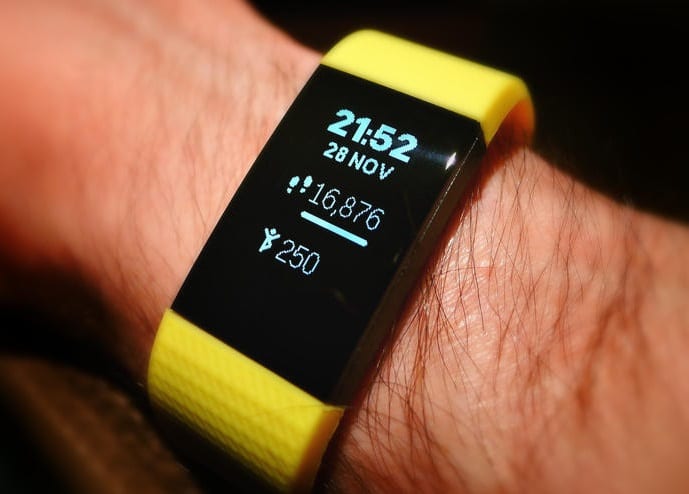 Technology is finding its way more and more into all aspects of our daily lives and one good example would be the latest slew of fitness trackers. These devices are able to keep track of a number of different activities and then use the information in order to generate a result that can be displayed in such a way as to make it very valuable to the wearer.

These sophisticated tracking devices are built on the concept of previous step tracking systems called pedometers, which were analog type devices and were much more rudimentary. Today’s trackers are able to keep track of a number of different functions and then upload the information to a mobile device or desktop computer.

The data is then transferred or synced into the software or app that is loaded onto either a mobile device or desktop computer. Using the the built in dashboard the user can see the progress in real time, which includes steps, distance walked, calories burned. The dashboard keeps track and displays the running totals of steps and the user receives badges for reaching milestones.

Fitbit makes a number of different trackers that come with a number of different features and functions that help the wearer to track their activity level. They have a wearable tracker for all different levels of users from the very basic all the way up to a model that works as a SmartWatch as well as a fitness tracker.

Fitbit Zip Activity Tracker – This basic tracker from Fitbit clips to a pocket or belt and keeps track of steps, distance traveled and calories burned. It features a touch screen that displays the time and daily activities. It sync’s wirelessly using bluetooth technology to most mobile devices and computers using a blue tooth dongle.

Fitbit One Activity Tracker – This next level tracker adds sleep and stairs climbed to the basic level tracker. All of the data is synced wirelessly automatically using bluetooth technology.

Fitbit Flex Fitness Wristband – This wearable fitness device tracks steps, distance, sleep, calories burned. It features LED lights that light up indicating the progress toward your selected goal of the number of steps you walk. The wristband is water resistant and can even be worn in the shower.

Fitbit Flex 2 Fitness Wristband – This new product is a wearable fitness device like the original Flex, but the removal tracker also fits inside a specially designed pendant and bangle style bracelet.

This fitness tracker adds the Pure Pulse® heart rate monitor, so that the wearer can determine the effectiveness of the activities. Like each of the trackers previous, it tracks steps, distance and calories burned. It displays the date, time and heart rate on the monochrome LCD, touchscreen display.

Fitbit Blaze Smart Fitness Watch – Fitbit combines the benefits of the new technology that comes with the Smart Watch with GPS and its fitness tracking technology to create the best of both worlds. It features a selectable watch face, heart rate display, tracks and monitors multimode activities.