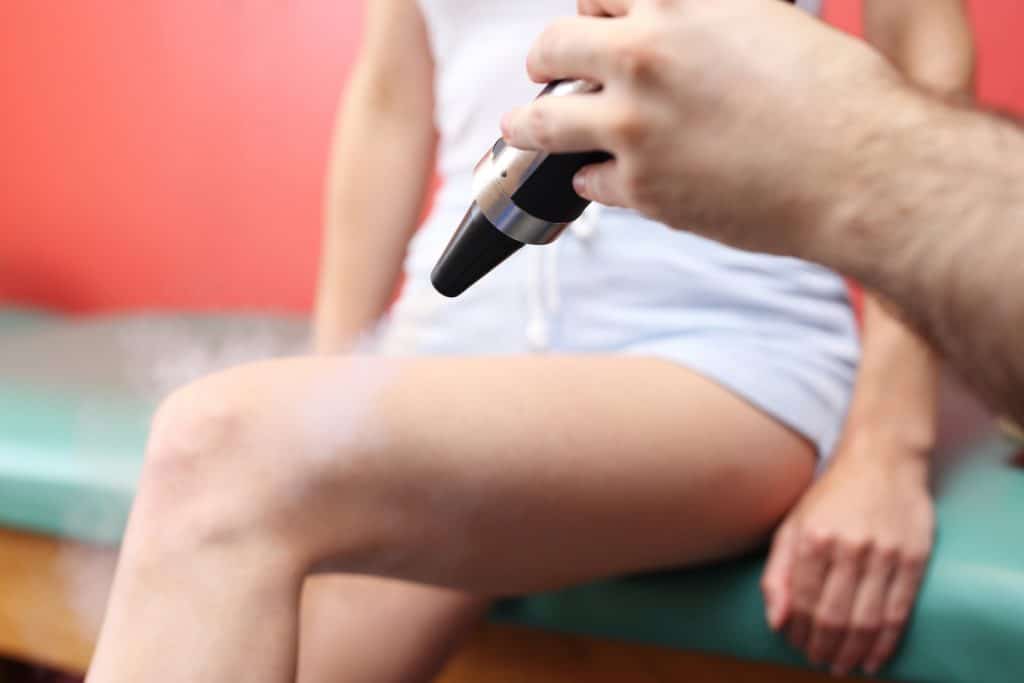 Cryotherapy is the Coolest Treatment You Have Yet to Try

Cryotherapy is a health regimen that uses freezing temperatures to treat ailments and promote wellness. It began in Japan in the 1970s but has only gained mainstream popularity in the west in the last few years.

What is a Cryotherapy Treatment and how is it Administered?

Cryotherapy is given in a variety of ways.

Fitness clubs and spas may have a cryotherapy chamber in which a person sits or stands for a few minutes of exposure to cold. A typical session might last from two to four minutes. It’s referred to as whole body cryotherapy.

Enclosed structures that look like a steam room, might use refrigerated cold air to lower the temperature. Cryo chambers that resemble an upright tanning booth and leave your head exposed, will use liquid nitrogen.

The enclosed structure allows you to be clothed while the booth requires you to be nearly nude.

Not all treatment is whole body cryotherapy. Cryotherapy is adaptable for use on a specific body part such as an aching muscle. An excellent example of that is a cryotherapy facial.

The cryotherapy facial may not seem so odd if you’ve ever had a doctor freeze a wart before removing it.

However, most often when people refer to cryotherapy, they’re referring to whole body cryotherapy.

How Effective is Cryotherapy Treatment?

No one can say for sure how effective cryotherapy is.

It’s a relatively new area of fitness in which few studies have been conducted. Much of its proposed benefits come from the anecdotal reports of those who have tried it.

What are the Possible Benefits of Cryotherapy?

It’s important to remember that the traditional medical community has yet to endorse cryotherapy. That doesn’t mean, however, that there aren’t reports of cryotherapy improving various ailments.

You’ve probably used an ice pack after a sports injury. The cold lowers the temperature surrounding the damaged area. The body, in turn, sends more blood to that area to return the temperature to normal. The increased blood flow brings additional oxygen and nutrients, which help the body recover faster from the injury.

The same concept applies to cryotherapy. It’s thought to be possibly useful in promoting healing.

That’s one of the reasons the treatment is popular with professional athletes including the Dallas Mavericks, LeBron James and Cristiano Ronaldo.

It also may ease the pain associated with rheumatoid arthritis.

Arthritis along with many other illnesses is linked to chronic inflammation caused by an overactive immune system.

It’s thought that cryotherapy might lower the inflammation. If true, this would lessen the likelihood of developing certain autoimmune diseases.

If cryotherapy reduces inflammation, it might, as a result, increase a person’s chances of not developing cancer.

Some people undergoing cryotherapy have reported an improvement in their skin.

The body’s inflammation can cause eczema, so if cryotherapy does work to reduce inflammation, it might benefit skin that is battling eczema.

The same possible inflammation-fighting power of cryotherapy might lower the risk of dementia.

According to one study, cryotherapy improved the symptoms of anxiety and depression by a minimum of 50 percent in one-third of the study participants.

It’s possible that cryotherapy triggers the release of endorphins and adrenaline which accounts for the elevated mood.

Some Say They Have Lost Weight with Cryotherapy

Another possible benefit of cryotherapy is weight loss.

The FDA has not verified this claim or any others, but some fans of cryotherapy report losing weight after regular cryotherapy sessions.

The opinion is that the super-cooling sets off a reaction in the body to increase metabolism and raise the body’s temperature. This change results in the body burning through its fat reserves at a faster rate than under normal conditions.

Are You Thinking of Trying Cryotherapy?

Treatment decisions should be yours alone to make after receiving the advice of your doctor.

Unfortunately, there’s not a lot of scientific literature based upon rigorous clinical studies for those who like to review as much reading material as possible before making their treatment decision.

Famous athletes swear by cryotherapy, but that shouldn’t be the sole basis for your decision. Neither should be its growing popularity among the general health club population.

You should consider how much you’re expecting to benefit from the therapy. If you’re looking for an answer to a persistent health problem, you might decide that it’s worth taking a chance or you might conclude that there’s not enough medical literature validating the treatment.

For people who’ve regularly used an ice bath for injuries, they might consider a cryotherapy chamber as a suitable alternative.

Of course, if you’re a serious athlete in need of that one extra advantage over your opponent, maybe cryotherapy is your answer.

A cryo chamber is closer than you imagine. Simply google the phrase “cryotherapy near me” to locate the most convenient facility.