The benefits of bone broth were known even by our ancestors. The earliest versions of this nutrient-dense food date back over 2,500 years. You may find that fact surprising as many of us have only recently heard about bone broth. You may be asking yourself what the big deal is. After all, it just sounds like glorified meat water. The big deal is all the benefits of bone broth. This glorified meat water is actually a super-food that can improve your health, appearance, and even your mood.

What Is Bone Broth?

Bone broth is a liquid super-food made from the bones and connective tissues of animals. These animals are typically cattle, chicken or fish. The benefits of bone broth have caused it to become extremely popular over recent years. However, there seems to be confusion surrounding the question of what bone broth actually is. A lot of the confusion comes from the fact it is called bone broth even though its characteristics and preparation make it more of a stock.

A broth tends to be thinner and made with more meat. A stock has more of a viscous or gelatinous texture and is made with meat-stripped bones. Another difference between broth and stock is cooking time. Broth usually takes 2-4 hours, while stock often requires 6 hours or more, depending on what kind you are making.

So, given the definitions of broth and stock, it would seem that bone broth would be more aptly named if it was called “bone stock.” However, it is important to note that, while bone broth falls more into the category of a stock, it differs from traditional stocks and broths. Preparation of bone broth requires a significantly longer simmering time than traditional broths and stocks. The benefits of bone broth are largely due to the long simmer time, which allows for the breakdown of the bones and connective tissues. The result is a collagen-rich super-food.

Is Bone Broth Easy to Make?

Bone broth is easy to make though it requires a fair amount of time. Any kind of animal bone and tissue can be used, but knuckles, feet, and femur bones are best for achieving the health benefits bone broth is known for. Ask your butcher for soup bones, and he or she will know exactly what you need. When making bone broth, the bones and tissues are simmered for at least 10 hours with vegetables, herbs, and spices. To start, you put everything in a stock pot and submerge in water by about 2-4 inches, leaving a few inches between the broth and the top of the pot. Bring the mixture to a boil and then turn it down to a simmer. You will need to skim the fat from the surface of the pot every 20 minutes until it boils. Once it is simmering, you will only need to skim the fat a few more times between the time it begins to simmer and when it is finished.

Bone broth should simmer for a minimum of 10 hours for the best results though you could get away with as little as 6 hours for a chicken bone broth. It really can’t be over-cooked because the more time it is simmering, the more collagen-rich it will be. Once done, strain it through a fine-mesh sieve to remove all the solids. You may be surprised by the relatively small yield; you’ll probably be left with a few quarts. However, the benefits of bone broth make the effort worth it.

Prevents and Helps to Ease Illness 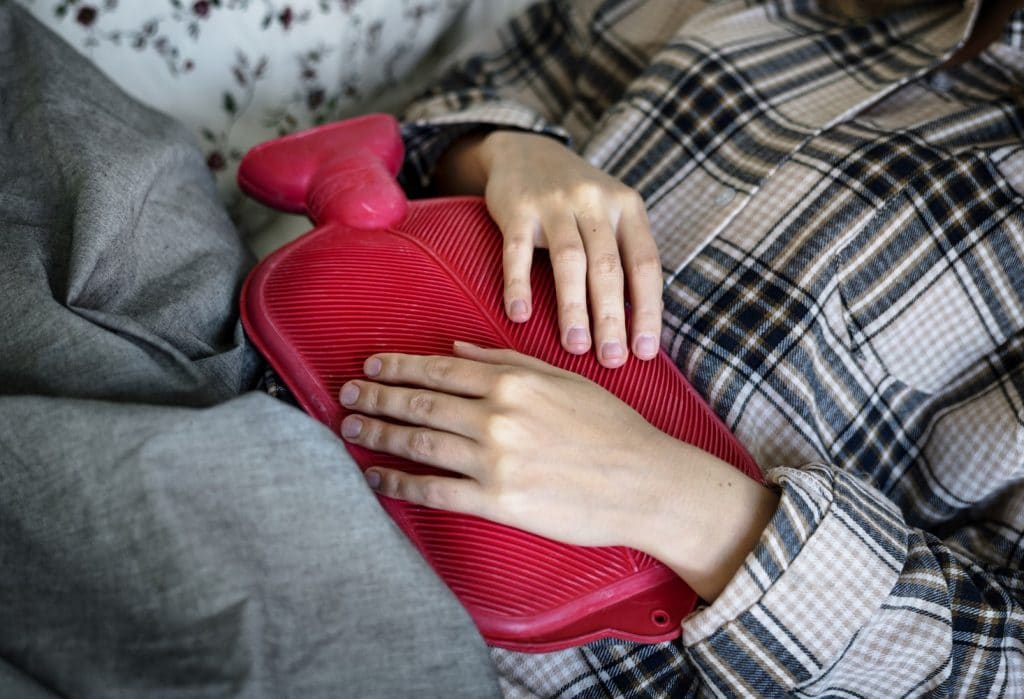 If you haven’t been bolstering your immune system with bone broth and end up sick with a cold or bronchitis, no need to worry. Bone broth can also alleviate the symptoms of these ailments. Bone broth will minimize mucus, clear respiratory pathways, and provides nutrition that your body can easily digest. As if that isn’t enough, one of the amino acids found in bone broth (cysteine) is chemically similar to acetylcysteine, which is a bronchitis drug.

Being able to alleviate symptoms of a cold or bronchitis without having to put medications in your body that produce unwanted side-effects is definitely one of the greatest benefits of bone broth. 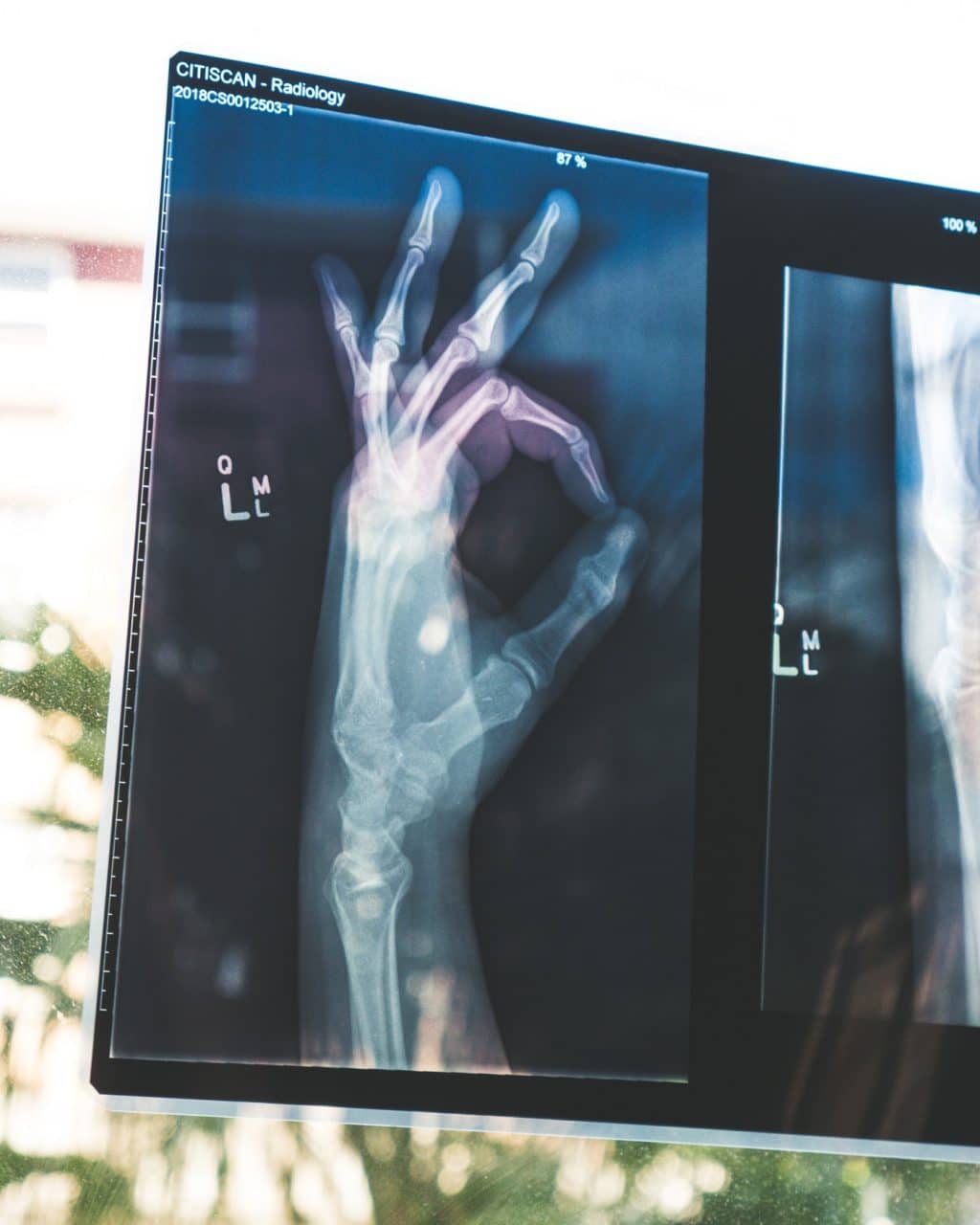 Studies on the nutrients necessary for strong bones requires a sufficient and regular supply of:

Bone broth is an excellent source of all the above-listed vitamins and minerals. When bone broth is referred to as “nutrient-dense,” it is not an exaggeration. 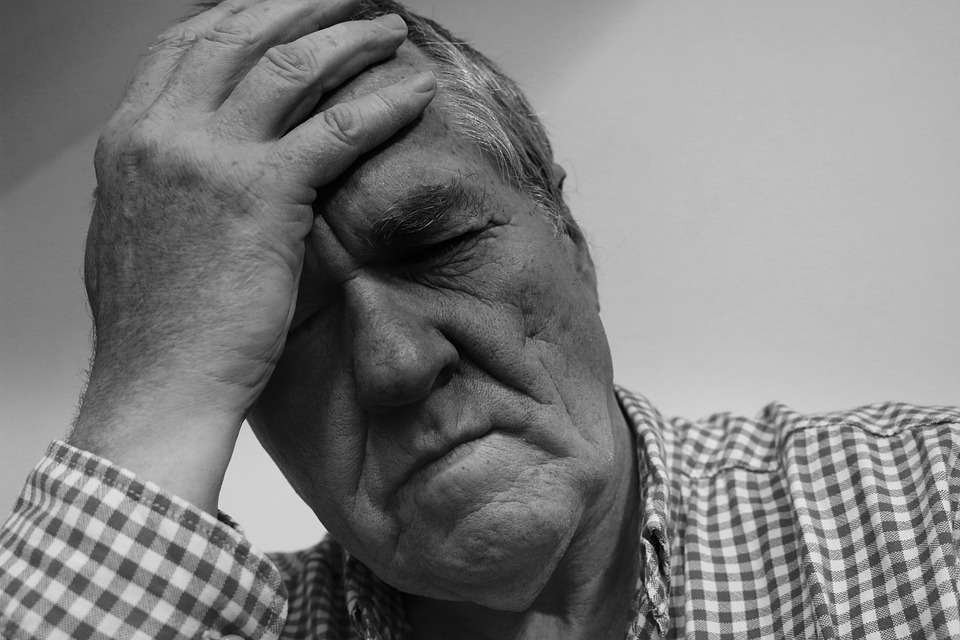 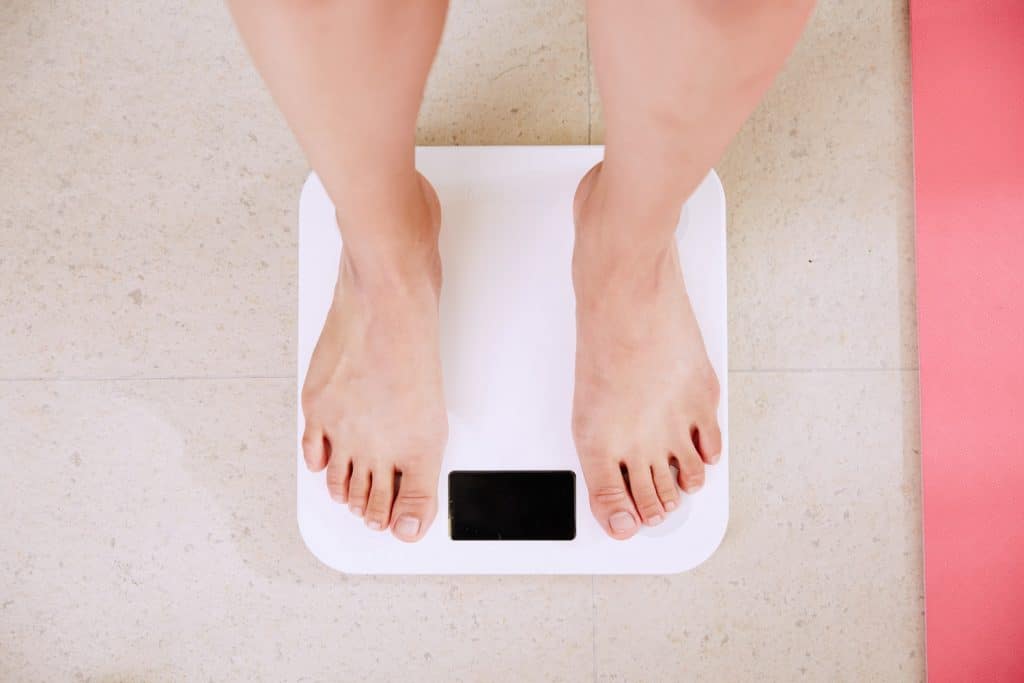 If you have been dieting, you may already know a thing or two about the benefits of bone broth for losing weight. A commonality found among obese people is that they have a higher level of bacteria called Firmicutes and a lower level of bacteria called Bacteroidetes in their digestive tracts, compared to people who are not obese. It is thought that a higher level of Firmicutes in the digestive tract can lead to a higher number of calories derived from the food consumed.

Due to the L-glutamine found in bone broth and its positive effects on gut health, bone broth can reduce Firmicutes in the gut. Its ability to reduce Firmicutes makes bone broth a power player in the weight loss game. Another benefit of bone broth regarding weight loss is its ability to reduce caloric intake at meals. Consuming any low-calorie soup before a meal can reduce the overall caloric intake of that meal, as it will reduce your appetite. But why choose just any soup to reduce your appetite when you could choose a super-food like bone broth? 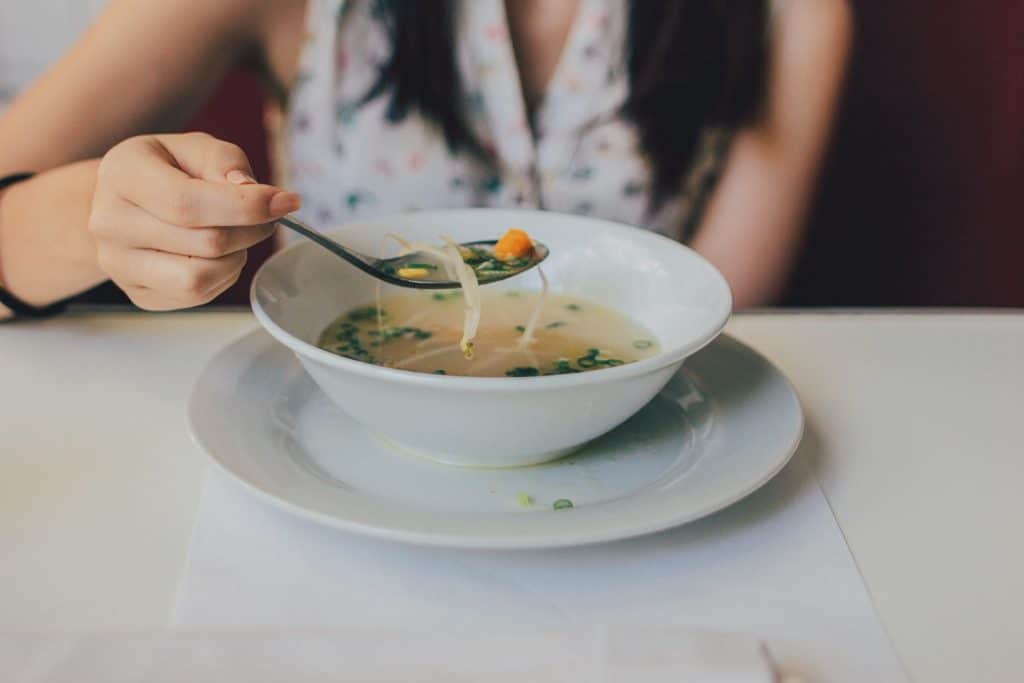 Bone broth is an excellent way to get electrolytes and carbohydrates, especially when made with vegetables, making it wonderful for hydration. This means that bone broth is also great for restoring exercise capacity. Dehydration and electrolyte depletion can occur during exercise. Re-hydrating and restoring electrolytes can be done quite effectively with bone broth. In fact, many studies have shown that broth can rehydrate better than water alone because of the electrolytes. 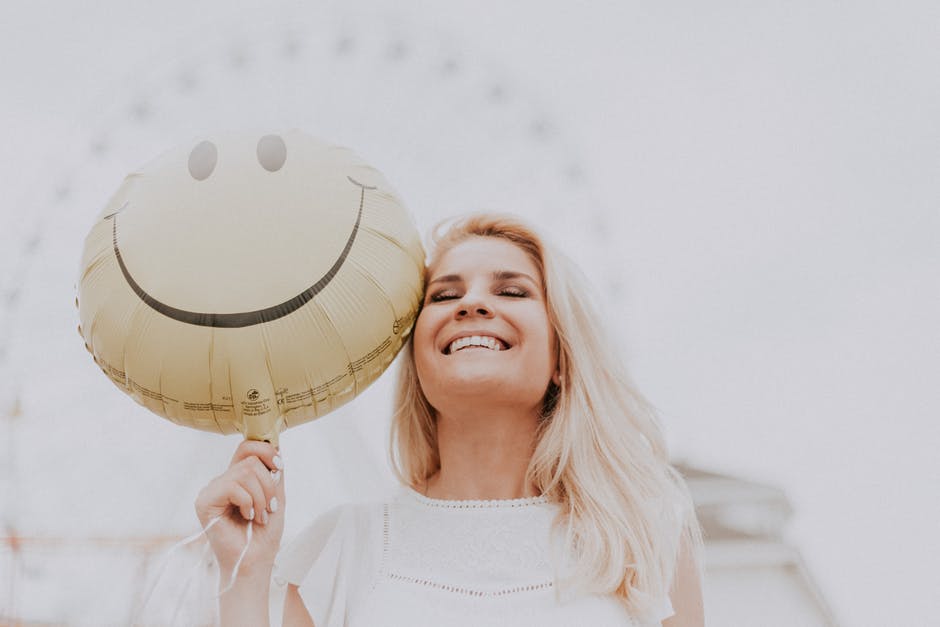 We have already discussed the benefits of bone broth in relation to gut health. When considering the relationship between gut health and mood, it is not at all surprising that bone broth is thought to have a positive impact on the way we feel mentally and emotionally. 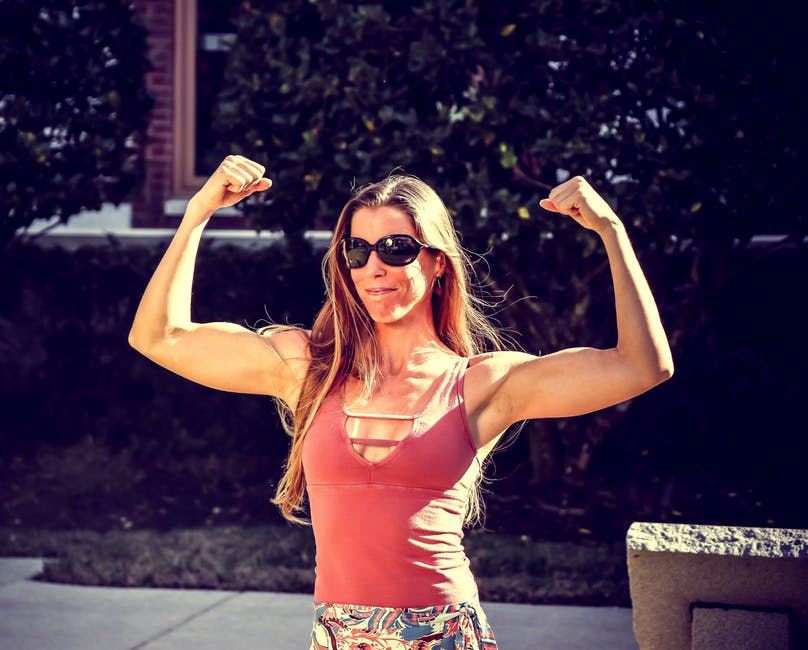 Muscle protein synthesis is a bodily process necessary for the growth, repair, and maintenance of muscles. The amino acids found in bone broth help to stimulate this process. 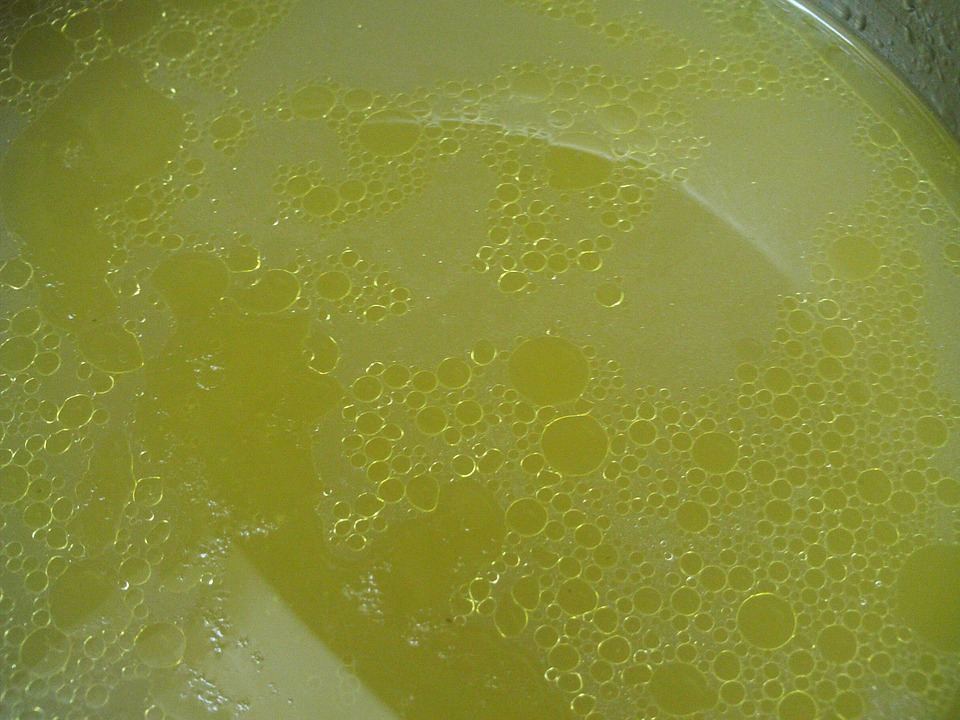 The seven benefits of bone broth listed above could be considered some of the most significant, but this broth is associated with many other benefits. It is good for the skin, hair, and nails which is why it is said to have anti-aging properties. It is also said to improve sleep, relieve arthritis and joint pain, and support insulin regulation.

The benefits of bone broth are numerous and diverse. If you have been trying to lose weight, feel as though your immune system can use a little boost, have been looking for ways to improve your appearance, or if your mood has seemed a little off, bone broth may help you.

Many recipes can be found online so you can find a broth suited to your taste. If you don’t believe you have the time or patience to make your own bone broth, several pre-packaged versions are available. Bone broth is an excellent addition to a movement that values natural remedies for common ailments. In some regards, society seems to be seeking health and lifestyle habits that stray away from modern medicine and instead depend on some of the knowledge and wisdom that our ancestors possessed. Turning to food as an alternative to medicine is becoming an increasingly popular concept for good reason. The foods we put in our body can influence many aspects of our lives. If you haven’t experienced the benefits of bone broth first-hand, try it. It may just be the cure you’ve been looking for.