Functional fitness enhances your body’s ability to carry out the routine physical tasks of a typical day. In other words, it’s not exercising to win a marathon but working out to be successful in life.

How Does Functional Fitness Help With Daily Life?

Consider your average day. It involves quite a number of physical movements. You lift yourself out of bed. You step into the shower. You bend over to put on your shoes.

Various factors such as aging, illness or a sedentary lifestyle can transform those tasks that once seemed ordinary into extraordinary challenges.

We often don’t notice the stress everyday chores put on our bodies until one day we have trouble straightening up after bending to remove clothes from a front-loading washing machine.

Functional fitness seeks to train your body to be able to complete those activities with less pain or discomfort.

What is Functional Fitness Going to do to Improve My Body? 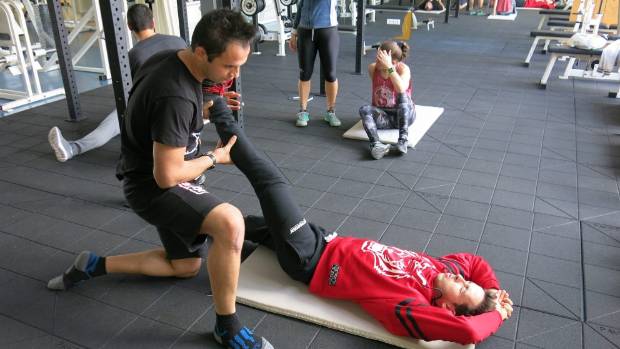 Your flexibility will increase, allowing you to get in and out of chairs without a struggle.

As you gain muscle strength, you may notice that you can push a vacuum cleaner or lawn mower for more extended periods before needing a rest.

Perhaps, most importantly, you’ll feel safer. Functional training will help you develop your core muscles, which play a significant role in keeping you balanced. In time, you’ll feel more surefooted when stepping into the shower or walking up a flight of stairs.

What are Some Examples of Functional Fitness Exercises?

Yoga is an excellent example of a functional fitness exercise routine used by wellness programs like Tribe Fitness. Its poses increase balance, strength, and flexibility.

In the kitchen, you need balance to stand on a step ladder, strength to lift a bag of sugar and flexibility to reach to the back of the shelf. Those tasks become more manageable with functional exercises such as yoga.

Yoga may be especially appealing to those who are new to exercising because it requires little in the way of equipment. It also doesn’t require the use of sophisticated health club machines that may intimidate newcomers.

In fact, the standard fitness club apparatuses aren’t used as often for functional exercise because of their design. Those machines typically isolate muscles and control your movement in a way that your body wouldn’t experience outside of the gym.

In contrast, functional exercise aims to move the body in ways that are in agreement with the way the body is asked to move throughout an average day.

The squat is a typical functional exercise. It mimics the movement of sitting down and standing up. It’s clear to see how training with this exercise might help someone who was having trouble in the real world sitting and then standing.

The more similarity there is between the exercise and the real-world activity the higher degree of success you’re likely to experience when it comes time to perform that movement in your life.

Nevertheless, functional training can also ask you to exercise in a way that goes beyond copying an actual daily task. For example, while doing squats, you can push yourself to perform a deep squat. That will help expand your hips’ range of motion.

Functional exercise places greater emphasis on the movement of groups of muscles rather than that of isolated muscles. When you’re washing the car or carrying groceries, you’re engaging an army of muscles. They have to learn to work in tandem to create smooth, continuous actions. Therefore, functional exercises seek to train those muscles to cooperate with one another.

It’s not entirely contrary to the concept of functional training to turn attention to strengthening a specific area as the need arises. For example, a particular muscle group may be notably weak and need improving. However, the goal would be to condition that muscle group so that it can then fully participate in the overall movement of the entire body.

Functional exercises aim to get all the muscle groups to move as a unit. In daily life, you’re moving many groups of muscles in a coordinated effort to complete what seems an ordinary task. For instance, if you need to pick up something substantial like a bag of topsoil, you need more than raw strength to complete the movement.

You also need to maintain proper balance while lifting. That’s an example of why functional exercises don’t place primary emphasis on isolated muscles.

If you had the arm and upper body strength to lift the topsoil but possessed a weak abdominal core and limited motion range in your hips, your muscle strength would be practically useless.

Why Should You Embrace Functional Fitness?

Functional fitness gives everyone a reason to workout. You don’t have to be a marathoner or a mountain climber or a cross-country skier.

You don’t even have to think of yourself as particularly athletic. You’re not trying to break records of speed, distance, height or weight.

Functional fitness prepares you for the only event that truly counts — life.

Previous Post: « A Health Coach May Be the Most Important Wellness Expert You Haven’t Heard About
Next Post: Lower Your Calories and Raise Your Fitness with Intermittent Fasting »