8 Nutrient Dense Foods You Can Add To Your Diet

Nutrition can be difficult to obtain unless you use supplements. However, there are foods out there that will give you everything you need for your health.

It can be challenging to make sure you meet the recommended daily values in nutrition every day, mainly when our daily lives can be fast-paced. To keep our bodies functioning correctly for longer, we need to provide it with vitamins and minerals that can be found in several forms of superfoods.

If you love sushi or enjoy a variety of seafood dishes, then you're in luck. A good majority of aquatic delicacies are nutrient dense and would make an excellent addition to your diet.

Below we’ll feature the best that the oceans and rivers can provide and why they’re great for your body. 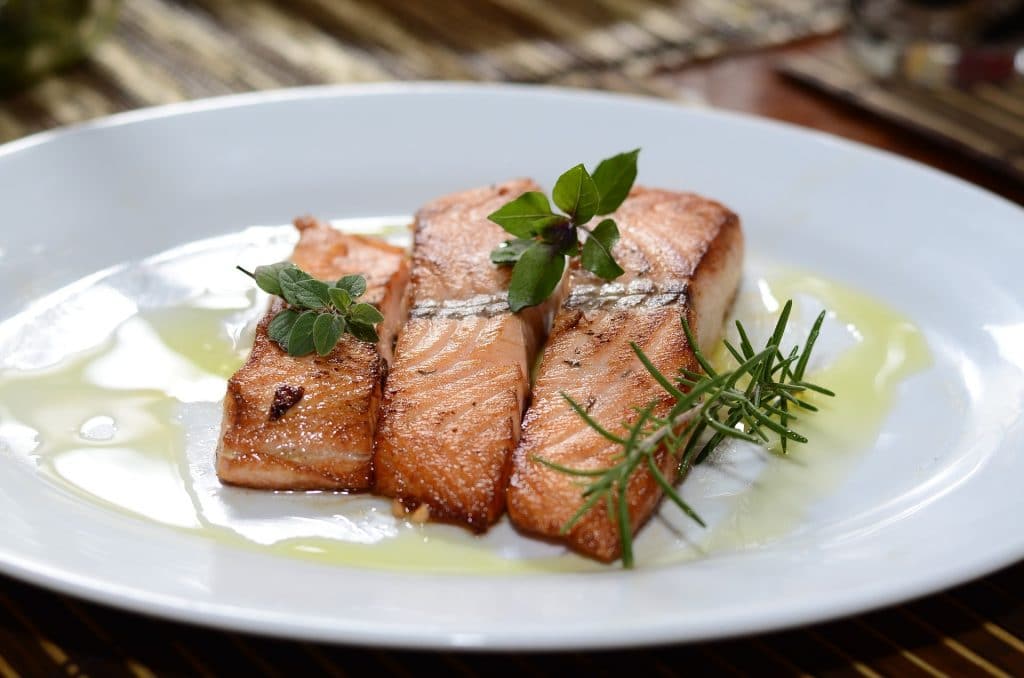 As far as fish is concerned, salmon makes it to the top of the list as far as nutrient variety is related. While most fish will give your body a good dose of omega-3 fatty acids, Salmon has the most especially if it comes from the wild versus farming facilities.

Why are omega-3s great for you? There have been numerous studies found that omega-3’s are linked to improved well being and can help lower the risk of serious diseases. Eating fatty fish such as salmon at least twice a week will give you all the omega-3s your body and brain would need.

That's not all salmon provides as far as nutrients are concerned. Salmon also contains magnesium which is great for vitamin D absorption and also has a right amount of potassium, selenium and all the B vitamins. 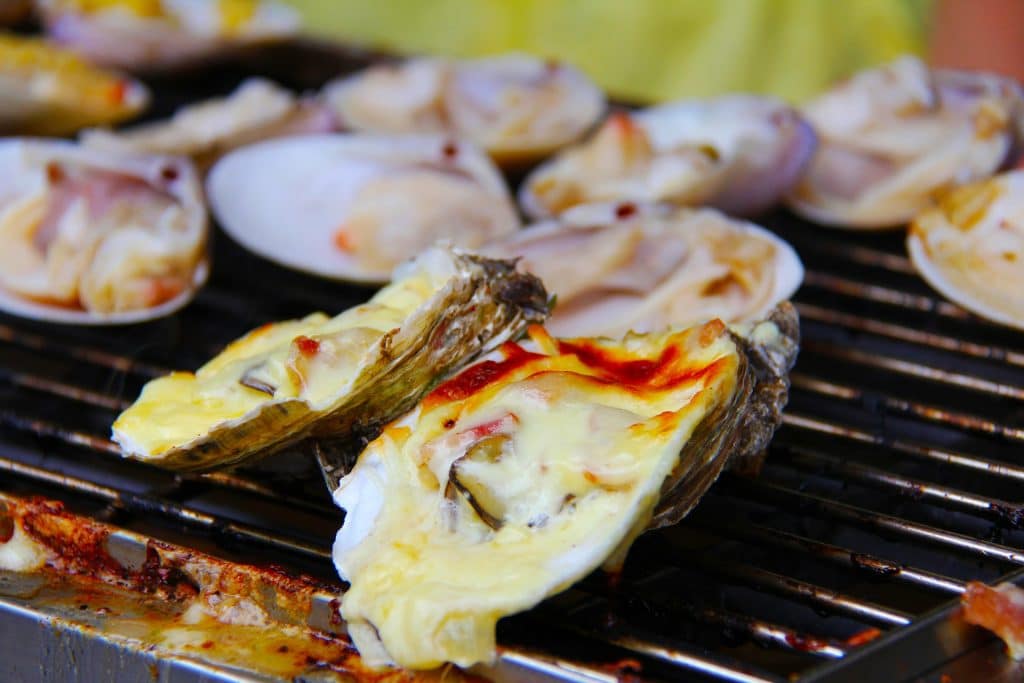 If you aren't allergic to shellfish, it might be a good idea to start adding them to your diet. Clams, Oysters and other such delicacies will not only delight your taste buds, but they will benefit your health in large ways.

Clams by themselves contain some of the best sources of Vitamin B12, in fact just eating 100 grams of clams will give you up to sixteen times the recommended daily allowance. You’ll also get a large variety of the following:

Oysters are almost just a great for nutrition, 100 grams of oysters give you six times the recommended daily allowance of zinc, two times the amount of copper and copious amounts of vitamin B12 and D. 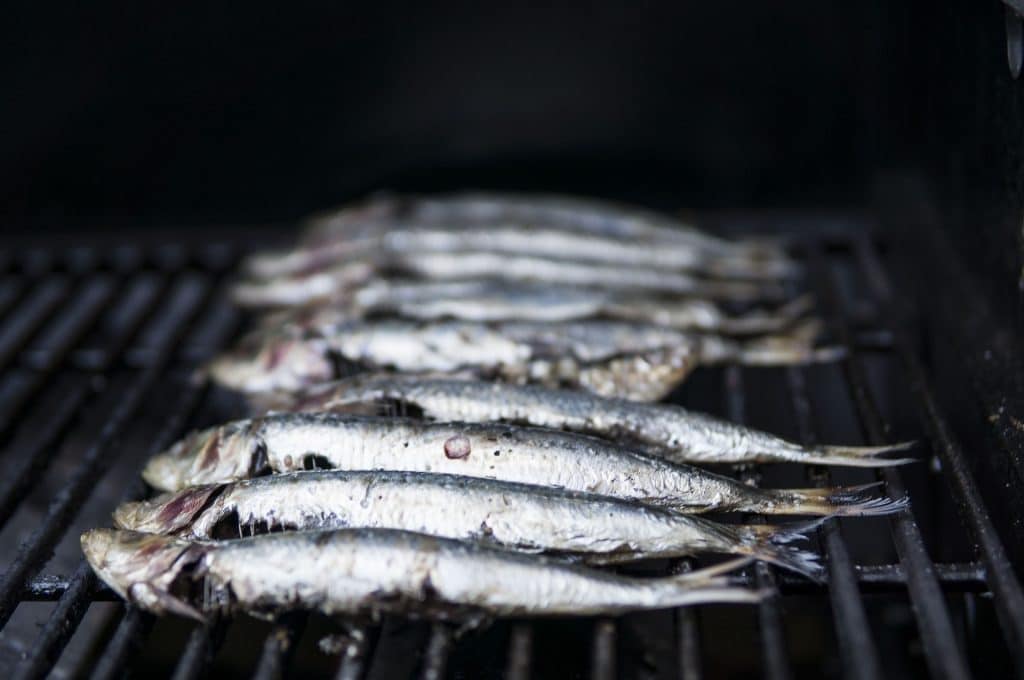 It may be hard to say that you like sardines as they aren't exactly something everyone enjoys, but they do provide a good nutritional foundation for your diet. These fish contain a little bit of everything for your body:

Despite what many television shows and perhaps people will tell you, sardines taste very good. They taste like fish for starters, and they can be made up quickly into a convenient snack or meal. Eating them regularly will give you everything you need to get the right amount of nutrients for your body.

While they aren’t always a favorite amongst everyone, you may be surprised at some of the delicious flavors that vegetables bring to the table all while keeping you healthy. Vegetables are known for being good for you so it should be no surprise that there’s a fair amount of healthy selections that made it onto the list. 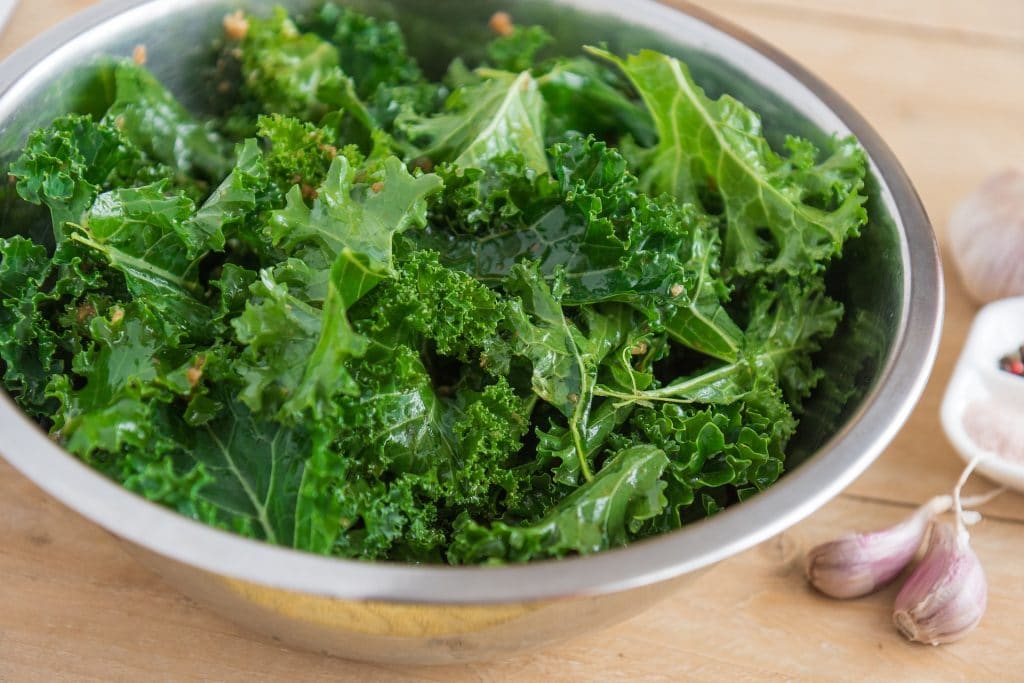 Kale has been praised as a superfood for quite a while now. A member of the cabbage family, Kale is the best source of vitamins and minerals that you can get from a vegetable, including minerals that you likely can’t get anywhere else without a supplement.

One cup of raw kale contains

If you thought that was a lot, there’s still more. Kale is also known for having omega-3 fatty acids in them just like in fish. They also provide a large number of antioxidants which have been found to help anywhere from immune system support to heart health are all strengthened by antioxidants in the body. 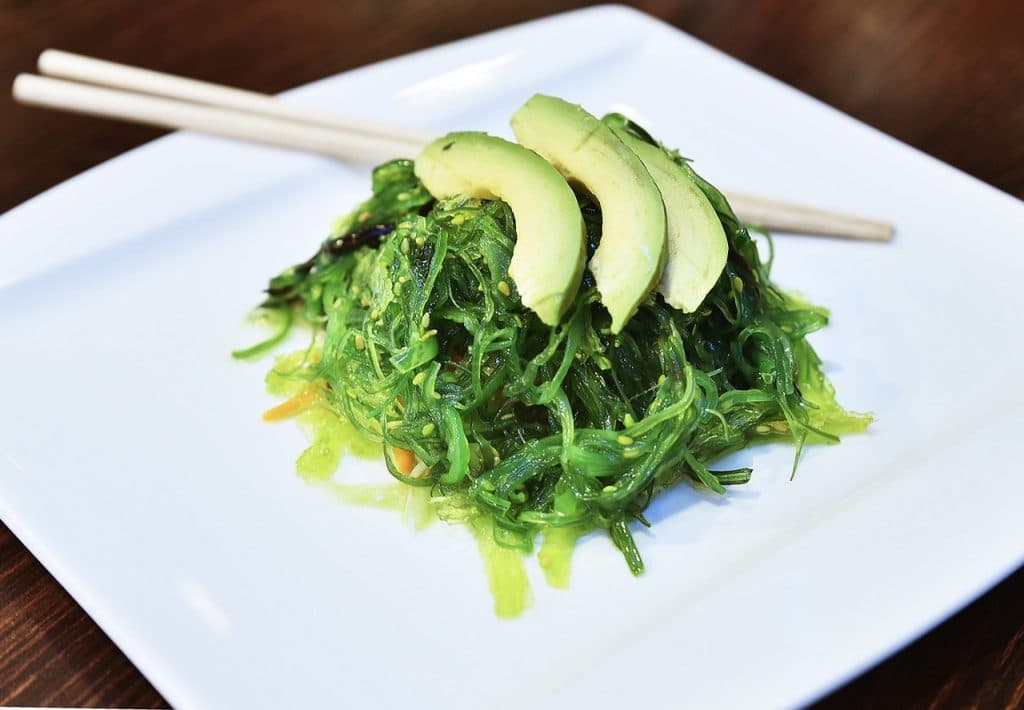 Another gift of the sea that provides a long list of beneficial nutrients that help keep our bodies healthier. There are many cases in which seaweed has been found to contain more nutrients than most land vegetables.

Seaweed is generally found to be high in minerals such as calcium, iron, magnesium, and manganese and has been identified as to having bio-active compounds such as phycocyanins and carotenoids.

If you’re looking for antioxidants, you’ll find a good amount in a serving of seaweed. Seaweed can also help with dealing with inflammation in the body by severely limiting proinflammatory cytokines.

What puts seaweed in the spotlight is how much iodine is present. Iodine is right for you by helping the body produce more thyroid hormones which help with metabolism and bone and brain development during pregnancy.

Just eating a serving a few times a month will supply your body with enough iodine to keep a regular level of thyroid hormones in your body. If you can't fathom the thought of eating it dried or added to your sushi, some capsules provide an alternative solution. 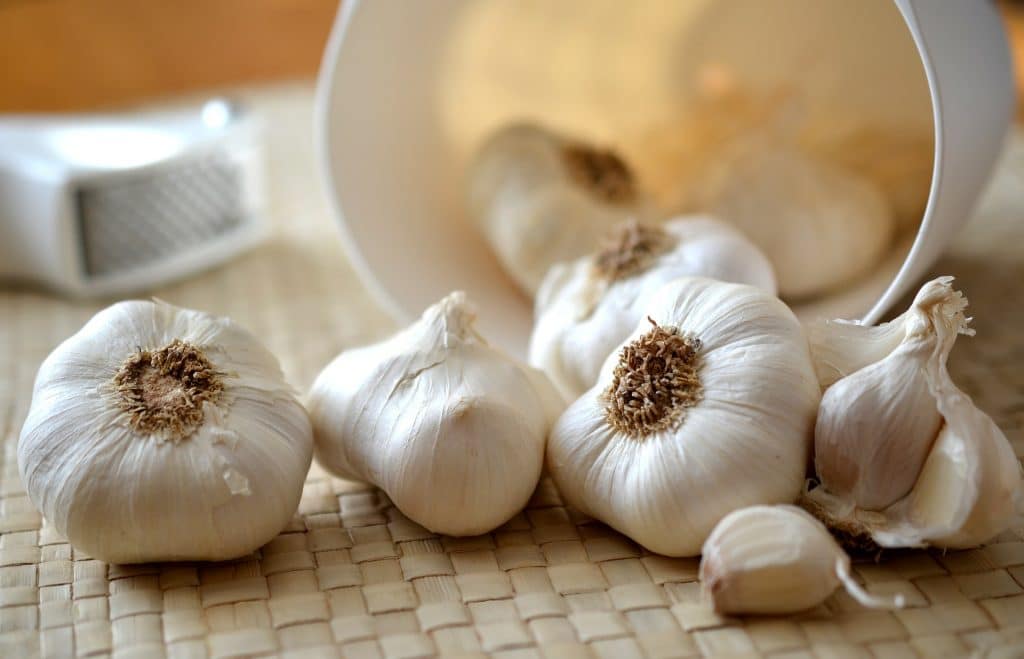 Now, this is a superfood that many people can get behind the idea of eating more of regularly. Not only is it a delicious addition to just about any savory dish, but garlic also contains a large number of vitamins and minerals such as:

Garlic's main active ingredient is called allicin, and it's perfect for your system. Studies have shown that proper amounts of allicin have helped lower blood pressure and the total LDL cholesterol. It manages to do all this while also raising HDL which has been linked to reducing the chances of heart disease.

Ingesting garlic can help prevent certain cancers thanks to the cancer-fighting properties found in garlic. The risks become especially lowered in diseases of the colon and the stomach. On top of that, garlic has antibacterial and antimicrobial properties which protect your body from fungi and illnesses caused by bacteria. 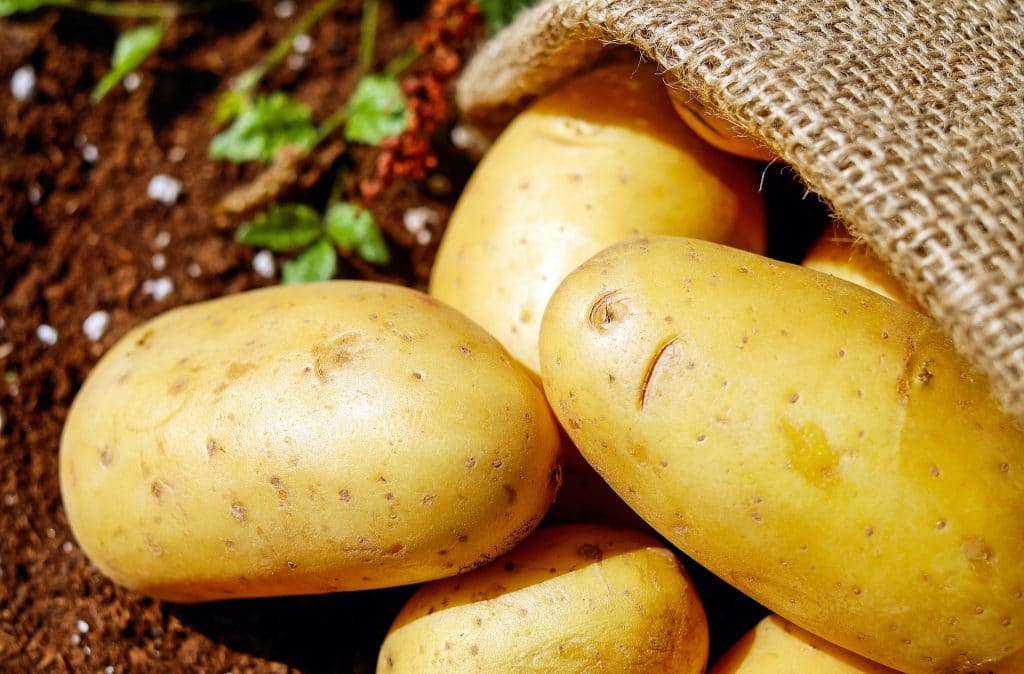 Eating potatoes regularly isn’t just delicious, but surprisingly good for you. Potatoes contain vitamins and minerals such as:

Scientists in the UK have also discovered the presence of a compound known as kukoamines which were only thought to reside in an exotic plant known in Chinese herbal medicine. That makes kukoamines significant in the health of an individual is that they are responsible for helping reduce blood pressure levels.

Since potatoes have a significant amount of B6 vitamins in them, your body will be able to build more cells thanks to amino acids that require B6 to produce more. B6 helps brain function and the nervous system while also providing cardiovascular protection.

For athletes, eating more potatoes will lead to an increase in the breakdown of glycogen which is the break down of sugar stored in the muscles. With the proper amounts of B6 helping with this, athletes will have better endurance and heightened performance.

While small and delicious, blueberries pack a punch when it comes to nutrition. They've long been praised for their high antioxidant properties, and it's recognition as a superfood altogether.

What makes antioxidants so sought after is the fact that they help in different areas of the body. Research has shown that aging couples who added blueberries into their diets, about half a cup every day, have shown improved memory function over a short span of time.

Another study found that blueberries have been shown to lower blood pressure and reduce LDL cholesterol levels in obese men and women who suffered from metabolic syndrome. In turn, this severely reduced their cardiovascular risk and the potential risk of diabetes. On top of all that, there's substantial evidence to indicate that blueberries have the potential to ward off various cancers too.

Making small changes in your diet by adding these foods can create a solid foundation of health and happiness, and what’s better is that there are no nasty side effects or a need to give up things that you love just to enjoy these foods. They are all delicious additions to any meal, and it’s never too late to get started on adding nutrient-dense foods to your diet.

Previous Post: « 5 Wonderful Alkaline Water Benefits And Everything About It
Next Post: Here Is How To Get A Flat Stomach Quickly And Effectively »